Food in the News Article

The Decline and Abundance of Wild Salmon 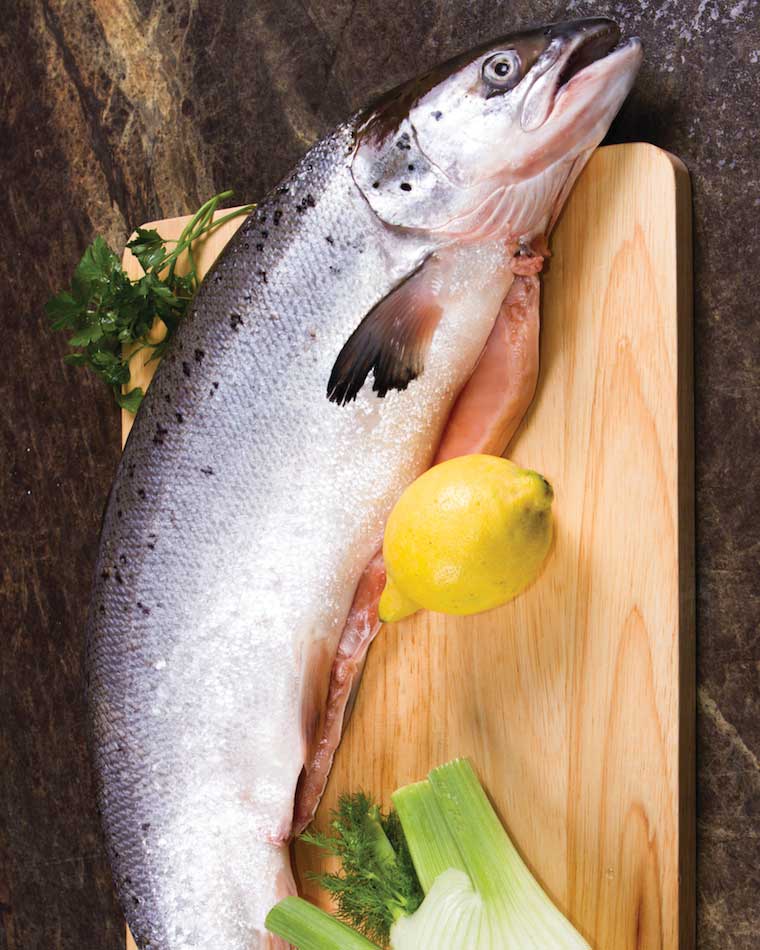 Wild Salmon—firm in flesh, rich in oil, almost nutty in taste. All across the United States, from consumers to fish vendors to restaurants, there is no other fish that gets people as excited as the first wild salmon of the season. For people in the Pacific Northwest, grilling the first wild salmon fillet of the season is an obsession and ritual combined into one. Salmon are not only beloved for their flavor and texture; they are also high in omega-3 fatty acids, which have been shown to have certain health benefits.

If you are a fan of wild salmon, chances are you have heard that the Pacific Fishery Management Council voted in April for complete closure of commercial and sport Chinook fisheries off California and most of Oregon. And on May 1, 2008, Secretary of Commerce Carlos M. Gutierrez declared "a commercial fishery failure for the West Coast salmon fishery due to historically low salmon returns," and the National Oceanic & Atmospheric Administration (NOAA) issued regulations to "close or severely limit recreational and commercial salmon fishing in the area."

Why the sudden closures and regulations? Simply put, to put forth an effort to hopefully reverse the disappearance of California's King (Chinook) salmon, and their fabled run. It's a sad situation all the way around. According to John Koopman's April 11, 2008 article 'Salmon fishing closed for California, Orgeon', the numbers of spawning fish dropped from more than 800,000 six years ago to slightly more than 68,000 last year, and experts are predicting that a little more than 50,000 fish will be in the river this autumn.

The ban, considered the only option in order to explore what has caused the decline of the Chinook salmon, will cause a tremendous impact on people who not only enjoy eating wild salmon, but for people who fish for a living, and coastal communities and businesses dependent on these fisheries as well. Many biologists say the problems are due to numerous factors, including damaged habitat, agricultural pollution and water diversions.

In Alaska the scenario is quite different. From mid-May through October, millions of wild Alaska salmon will be harvested this summer, with each of the five Pacific salmon species in abundance—King (Chinook), Sockeye (Red), Keta (Chum), Coho (Silver) and Pink (Humpback). There are several reasons why Alaska has good news when it comes to the summer salmon season:

The State of Alaska has, for the past 30 years, limited the number of salmon-fishing permits it issues.

The Alaskan constitution helps prevent the construction of dams, mines or other development that might impact Alaska's rivers.

In 1990 the State of Alaska outlawed salmon farming.

During salmon runs, biologists are positioned at river mouths to count the number of salmon that come in to spawn—these counts help in deciding which fisheries are opened and closed on a daily basis.

Due to stringent management programs that have resulted in record salmon harvests over the last three to four years, Alaska's harvests today are estimated at over 200 million fish and the Marine Stewardship Council has certified Alaska's fishery as sustainable.

So, what's next for the Pacific Northwest's treasured salmon runs? Tina Swanson, a senior scientist at the Bay Institute and a fish biologist, was quoted in John Koopman's article, saying, "problems in either the ocean or the river system can disrupt the salmon population, but problems in both areas can be catastrophic. And that is essentially what has happened." She elaborated with, "We can't do anything about conditions in the ocean, but we can control what goes on in the river. We need to do a better job of management to protect the salmon habitat."

Looking at salmon from the perspective of eating sustainably, eating fresh wild salmon means eating it in summer or fall, during harvesting seasons, and if it's available dependent upon region. Outside of harvesting season, and with state-of-the-art freezing technologies that preserve salmon during processing, frozen wild Alaska salmon is available, complete with its unparalleled flavor and texture. Year-round wild Alaska salmon is available via the purchase of premium frozen, pouched, canned and smoked salmon products. For now ...

See Other Articles Like This
Omega-3 fatty acids
Salmon 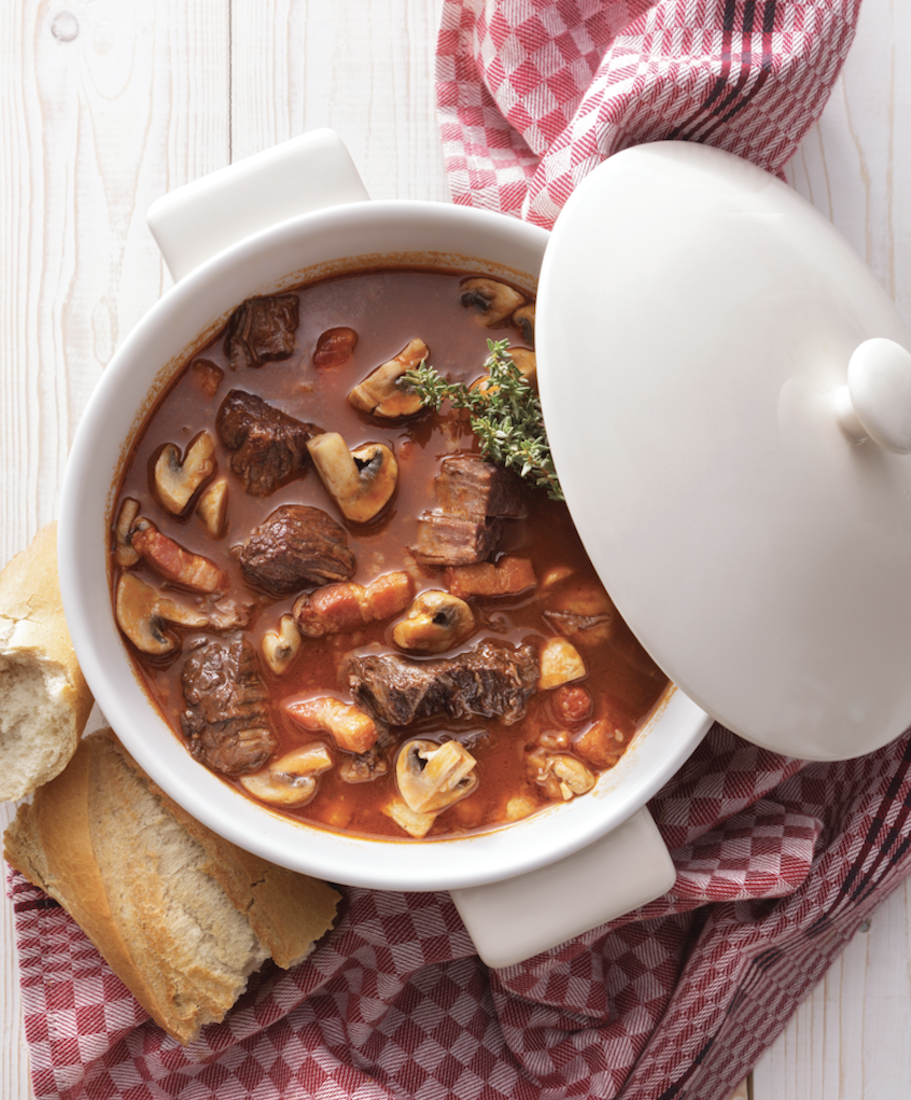 These recipes are full of flavor and easy to make. From classic roasts to hearty stews, there's something for everyone. View Recipes >

What to do with all that turkey, stuffing and cranberry sauce? 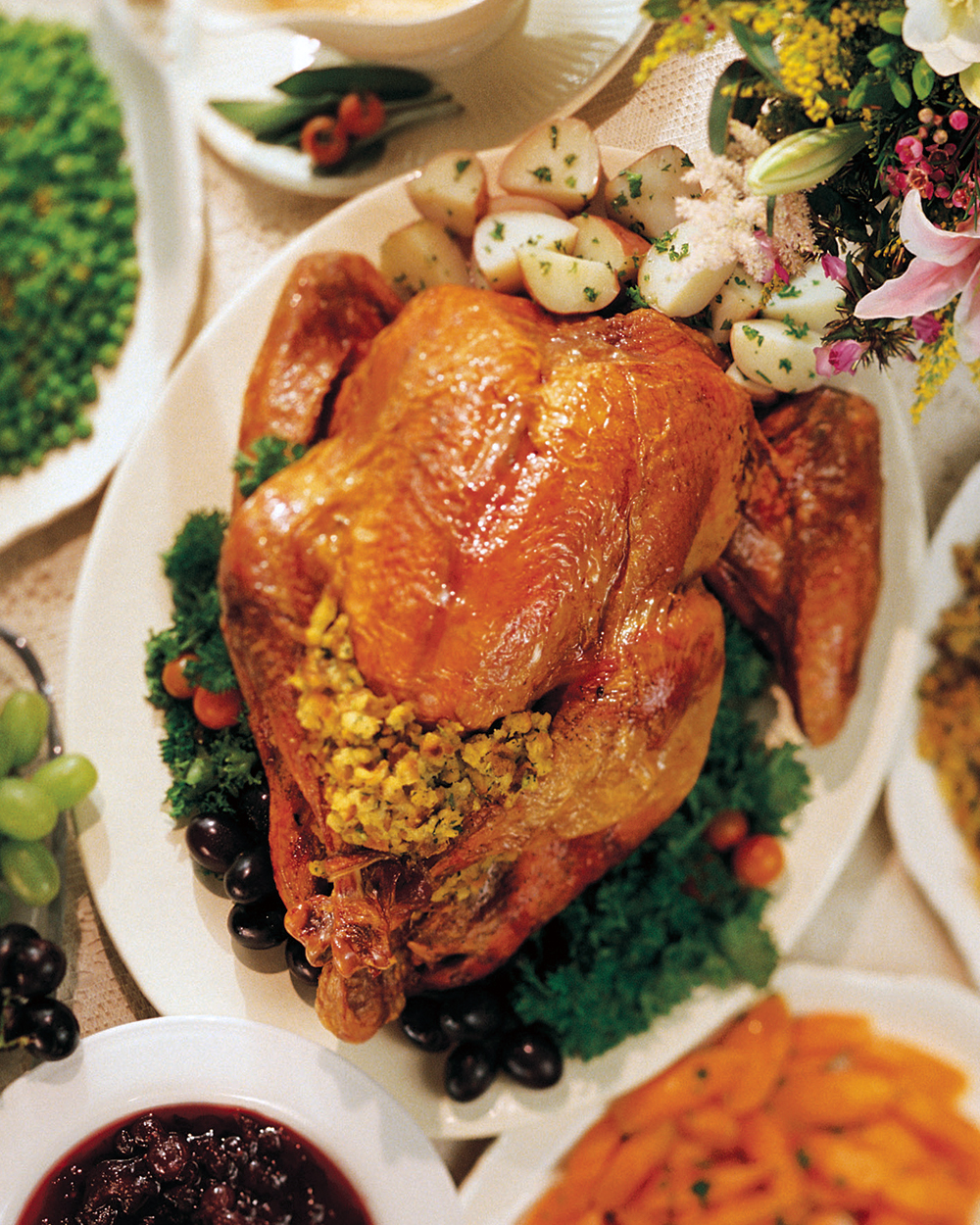 Here's a few ideas that might help solve the Thanksgiving leftover dilemma. There's a lot you can do with turkey: sandwiches, wraps, tacos. But what can you do with stuffing and cranberry sauce? How about make a sandwich unlike any other. A little bit sweet, a little filling, a whole lotta goodness from the first bite to the last. How about a hearty soup or an everything casserole. View Recipes >